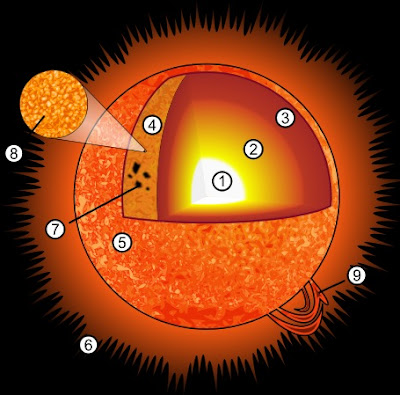 The Black Keys, "Tighten Up"
NS: You can make or break a Black Keys song based on the quality of its central riff, and in the case of "Tighten Up" it is a good one. Far bluesier than anything the White Stripes have done in a long time and a lot lighter as well, this is a good track that reminds me what I once liked about the Black Keys: a punk-filtered bluesiness as authentic as it is catchy. 4/5

AM: Muscle Shoals guitar stabs, soulful white blues vocals, percussion nearly as wild as a certain Archie Bell and the Drells classic; I didn't realize The Keys had this in them. Although the song ends on a detour less exciting than the first 2:30, I can safely say I never thought I'd live in an age when Dan Auerbach's songwriting outpaced Jack White's. 4/5

The Hold Steady, "Hurricane J"
NS: I've never been much of a fan of the Hold Steady, but to my mind this song constitutes at least a slight improvement over what I've heard in the past. The lyrics don't make me cringe with their Springsteenian exactness, and Finn's songwriting has a lot of forward momentum, even if the melodies are typically generic. However, like most Hold Steady songs, it can't hold my interest for two minutes, let alone three. 2/5

AM: Who fucking mastered this? Every Hold Steady album sounds twice as compressed as the one before it. We're now at iteration eight or so of the good chick in bad company theme, and this fan is getting a bit tired. "Hurricane J" almost bored me, but Craig and crew make midtempo sound better than it should. 4/5

Orianthi, "According To You"
NS: Hearing those lead metal breaks force their way into this saccharine, hyper-calculated Disney-rock song that can best be described as "Avril-lite" has been one of the most unpleasant experiences of my 2010. Michael Jackson's former guitarist is a perfect storm of generic voice plus generic playing ability, saddled with an arrangement as plain and uninspiring as they come. To paraphrase her deceased boss: This Is Shit. 0/5

AM: "According To You" features unusually wild fretwork, at least by mall-punk standards, by the young singer herself. The lyrics could use a shot of grrrl power--don't let those boys define you, O--but it sure beats "Telephone." 2.5/5

She & Him, "In The Sun"
NS: Maybe I'm in a bad mood today, but boy, this song pushes all the wrong buttons. Zooey Deschanel has been in some good movies, but her voice is the lifeless instrument upon which this uninspired mish-mash of generic indie sounds hinges upon, and it has the musical staying power of airport jamz. If stuff like Sufjan Stevens' orchestrations and epic singalongs are your thing, then you might like this. I'm already asleep trying to describe it. 1/5

AM: No one asked for a peppy take on Cat Power, but M. Ward and Z. Deschanel deliver. Or maybe they decided an annoying version of El Perro Del Mar was in order. I'm not sure what they were thinking, but if the lyrics are any indication, they weren't thinking very hard. 2/5

Drake feat. The-Dream, "Shut It Down"
NS: Drake and The-Dream are two of pop music's preeminent maximalists: both of their productions are characterized by deep, epic synth lines and echo-laden drums. So it's sort of surprising how flimsy this is. It sounds indulgent and dirge-y at first, and only towards the very end does it progress in an interesting manner. Drake is not as good a singer as he is a rapper; this is even more obvious when he trades lines with The-Dream. 2/5

AM: Astute Critical Beatdown readers may have noticed me slowly warming to Drake, and I'm always game for some Dream. Producers Noah "40" Shebib and Omen lay down a slow, intergalactic soulfulness, and the principals coo words of devotion, as if to each other. Beautiful stuff. 4.5/5
Posted by Aaron at 7:11 AM

Labels: Drake, Orianthi, She And Him, The Black Keys, The Hold Steady, The-Dream