Aaron's Favorites, 2015: Music In The Year Commas Got Fucked Up 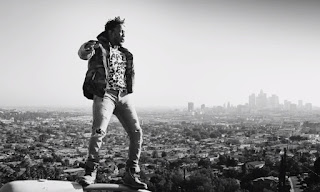 1. Kendrick Lamar, To Pimp A Butterfly
You can live at the mall, or you can groove to Kendrick Lamar Duckworth’s funk odyssey of limitless ambition and acumen. K Dot is our Gil Scott.

2. Destroyer, Poison Season
Bejar reaches a little further back to find his melancholic haze this time, but continues to make the only thing he’s capable of: a Destroyer record.

3. Jessica Pratt, On Your Own Love Again
A moonlit blur, our generation’s I Often Dream of Trains.

4. Low, Ones And Sixes
A freezing blast of Duluth intensity, from a band writing some of its best songs in decade number three.

5. Erykah Badu, But You Caint Use My Phone
Badu tries on the styles of the moment, sounds ten times more comfortable in them than actual young people. The technology she could do without.

6. A$AP Rocky, At.Long.Last.A$AP
Didn’t expect 2015’s trippiest album to come from Pretty Flacko, but here it is. He had good taste, but he’s turning that into vision.

7. Blur, The Magic Whip
A reunion album that finds the band where they are, not where they were. Basically Albarn’s world-weariness in widescreen, with brilliant details from Coxon and crew throughout.

8. iLoveMakonnen, Drink More Water 5
He teaches you how to whip it, warbles about heartbreak, lies to his Mom about selling drugs and dispenses solid advice about staying hydrated. What’s not to love?

9. Vince Staples, Summertime '06
A claustrophobic rumination on one summer in the rapper’s teens. No I.D’s no-frills productions are about as far away from West Coast as it’s possible to get, but it all feels true to Vince.